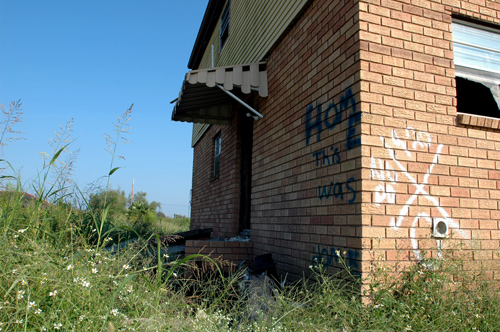 Remember, if your subject is a primate, get a photo release (or a belt)

From the September 25, 2007 Guardian: "Orangutan rips off tourist's trousers:"

An orangutan who objected to having its photograph taken by a French tourist snatched her backpack before ripping off her trousers.

The woman, known only as Odile, was taking photographs of a female orangutan named Delima in a Malaysian wildlife centre when the ape took offence.

The pair tussled over Odile's backpack before Delima decided to go for the tourist's clothes.

"He (Delima) took my shoes and socks off, and then tried to take off my trousers," Odile told the Associated Press news agency.

"As he couldn't with his hands only, he tried with his teeth and that's when I got bitten. As soon as he got my trousers he went away." She denied she had tried to touch or harass the animal.